A couple of weeks ago, NCFREE released our listing of top PACs. NCFREE is working on several projects this year that look back at specific datasets over the decade to provide context to how the state is evolving. In that spirit, we took a look at 2020’s top PACs and how those same PACs performed in the 2010 cycle.

Though the increase in PAC spending in a decade nearly quadrupled, there are a couple of standout markers that attributed to the massive increase. 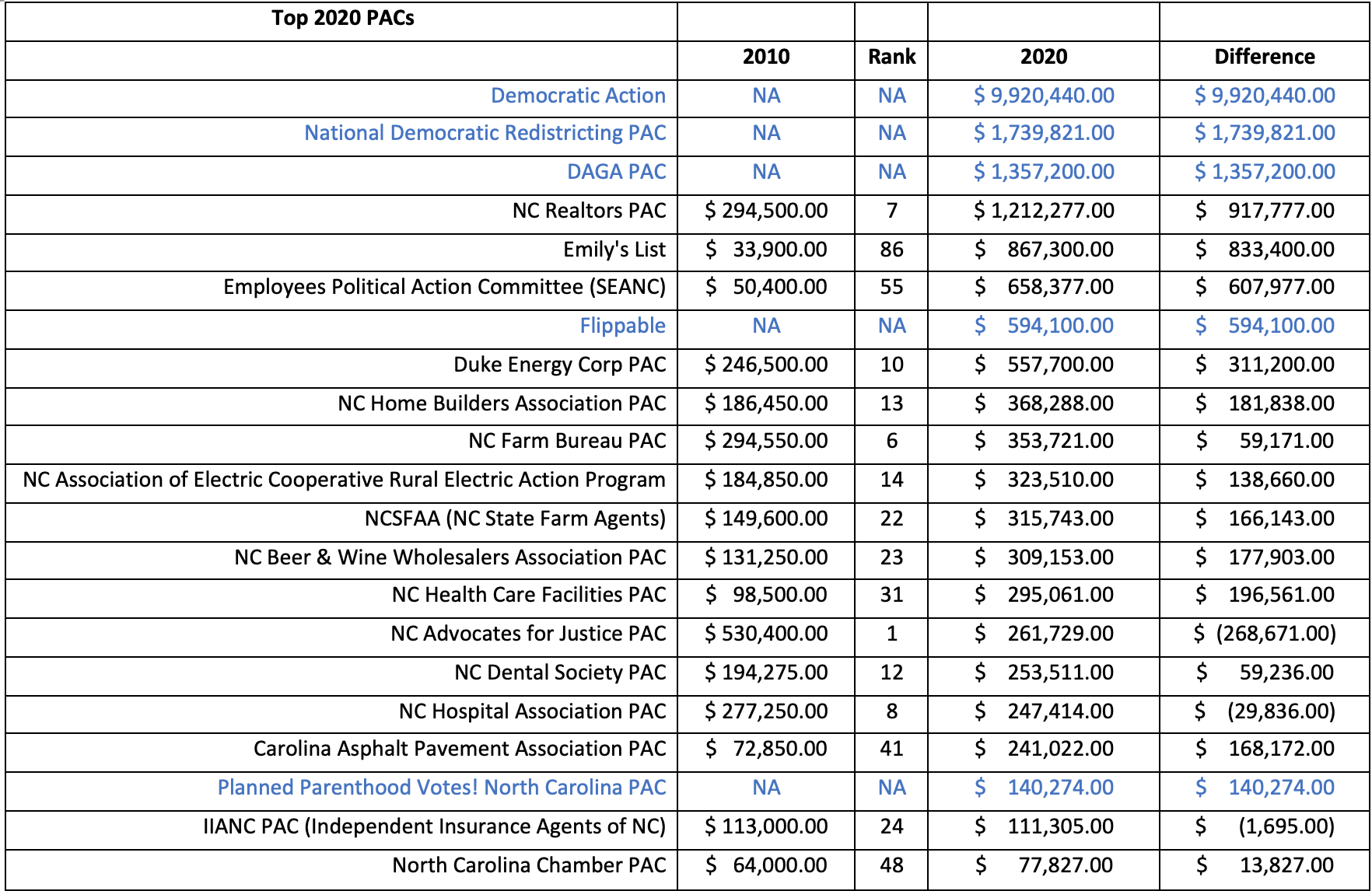